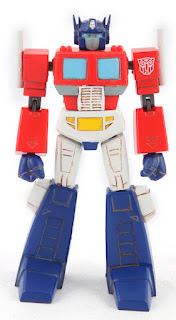 My mind instantly goes to MEGA SCF when looking at R.E.D figures. They're pretty similar in sculpting and honestly the R.E.D figures seem like an evolution of them more than anything.

Super Collection Figure (SCF) was a blind box figurine line by Takara in the early 2000's that I was a very big fan of. Great little figurines that were perfect little representations of G1 Transformers based on their cartoon appearance. The line went from the early years to Victory before ending with Legends of the Microns (Armada).

Hasbro brought the line to America as Heroes of Cybertron and was generally sold in smaller stores. I was in heaven with these figures and was pretty sad when it ended. They were very fun to buy and collect. I still  remember gathering around a table with a few others SCF fans at BotCon 2002 and talking about the different chase figures for what felt like hours. Shortly before the con, a local comic shop had a box of the Masterforce series and I bought the entire thing one Sunday morning. Having that Black Zarak build figure was something I was very proud of at the time. 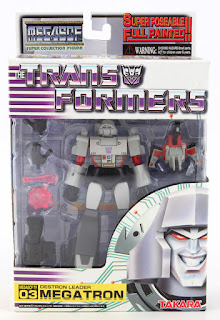 As the line progressed the MEGA versions came out and they were a pretty big step up. Larger and featuring a good bit of articulation with extra parts for all sorts of scene recreations. Like regular SCF they ranged from various points in G1 and Armada.

Some people make the comparisons to Revoltech when talking about the R.E.D figures. Those are nice, don't get me wrong, but their sculpting was very different. These look more in line with the sculpting style of R.E.D. Which admittedly is part of the draw to R.E.D for me. They seem like a continuation of a former line I liked a lot.

I'll just have to buy them too. 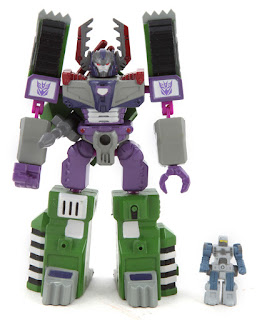