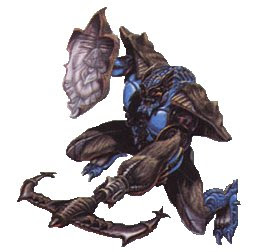 A pair of glowing eyes pierce the night like twin lasers scanning for prey. Steel-plated fangs glisten as the full moon rises. A deep growl rumbles in the night air. It is Wolfang, the warrior beast, searching for Predacon enemies! Swift and agile, prefers to hunt cloaked as an animal. But, quickly converts to robot mode for battle, when he can best utilize the secret attack launcher disguised as his tail!

Weekly Halloween- Starr of the Show

Almost every town has a local haunted house. That house the kids whisper about and everybody walks a little faster to pass by. Rebellious teenagers and paranormal types try to explore it in hopes of finding something scary. In Royal Oak, Michigan, the Orson Starr house is said to be haunted by several different ghosts. Is it real?

Picks up a Train and fucks up Town 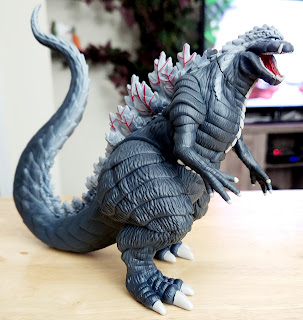 It was just the other day I was talking about Godzilla Singular Point. Specifically, a toy from that series of Godzilla Terrestris. Today, we're taking a look at the next stage of Godzilla's evolution from that series in toy form. This is Godzilla Ultima. You may have noticed while looking at him... that's closer to what you expect. Despite a few obvious design differences for variety... that's undoubtedly Godzilla. Godzilla looks a little more like a crocodile in this form and... that's ok. I've never seen a dinosaur, but I've seen a crocodile. The dinosaurs I see on TV are not the most scientifically accurate and to be honest... the science is constantly changing so... who knows really what they looked like? But I do know what a crocodile looks like and it's a natural fit for a more animalistic version of Godzilla.

It's not unfair to compare Godzilla from Singular Point to Shin Godzilla. There's probably a lot of influence there. Between the monstrosity and the various evolutions, his atomic breath is pretty similar too. Godzilla Ultima is 100 meters tall. That's pretty big. However this Godzilla does have his differences. Each form has different crazy abilities and Ultima is practically indestructible. In fact, Godzilla in Singular Point is immortal. You may eventually kill him, but he will come back. Fuck around and find out squared.

This toy of this particular Godzilla is pretty damned neat as well. The colors and sculpted detail look great. So great that it's almost hard to beleive this isn't a more premium priced toy. He's only 12 dollars like the others. Godzilla Ultima has your standard amount of articulation for a kaiju toy of this type. Tail, head, and arms swivel while the legs move at his hip. The tail is dramatically posed, but also pretty big, so you'll be adjusting those legs to stand him up. Fortunatley most modern Godzilla's tend to have heavier hind quarters which results in a bigger center of gravity. Just a little adjusting and he shouldn't fall too easily. This is a great figure and I love looking at it. It's really great just how far Playmates has came along with these figures.

It's the beginning of a new week and the start of the Christmas season on Planet Zone! Hope you all didn't mind me taking a little break last week. I sure do love the Thanksgiving holiday and the extended time off. I really needed that! I spent the time watching kaiju movies, episodes of Transformers, and Christmas specials! Turns out Gobots are in Guardians of the Galaxy! Speaking of Gaudians of the Galaxy, stay tuned to my social media starting Thursday December 1st for my daily coverage of the Guardians of the Galaxy Lego Advent Calendar! In the meantime, I've got a fun week planned for you readers. Thanks so much for your support and please share with your friends!

Happy Thanksgiving from Zone Base!

It's Thanksgiving on Planet Zone! Time to get some rest and be thankful for what you have. Me? I'm thankful for all of you continuing to read my nonsense and supporting the site. If you could share posts with your friends, I'd be even more thankful. If the week's content so far wasn't any indication... I'm taking a bit of a break this week. Don't worry, I'll be back next week with more of the robots, monsters, and misadventure! But until then... I'm uh... taking a nap. Damn, I'm tired. Thanks for reading and I'll be back next week!

Never stops talking except to refill his fuel tank. Knows over 250 Earth and 6300 alien languages, but never has anything important to say in any of them. Other Decepticons often threaten to rip out his vocal circuitry and wrap it around his beak to shut him up. Carries two deafening high decibel sonic boomers. Combines with Beastbox to form robot Squawkbox.

Laserbeak takes pleasure in hunting his prey -- usually the straggling survivors of a battle. Noticeably not brave. Will run for safety if threatened. Flies at speeds up to 250mph. Uses two independently targetable laser cannons with extreme precision to get information from capitves. Shortage of ruby crystals that powers the lasers can panic his systems into shutting down.

It's the start of a new week here on Planet Zone! Not just any week, a holiday week! Between the days off and pretty much working non-stop until then... It'll be a mini-Bios week before taking a much needed break. But don't worry, everything will return back to normal next week. Pinky Swear. Thanks so much for continuing to support Zone Base. I really appreciate it and just ask that you share with your friends!