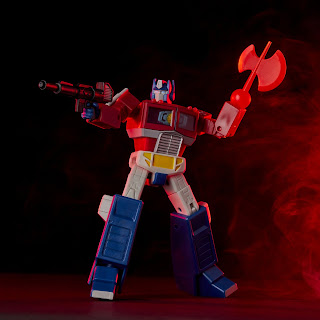 Earlier today the news of the new Transformers R.E.D (Robot Enhanced Design) figures was set forth upon the internet and frankly I didn't notice. I was busy. However after another look, man these things are cool. Basically Hasbro is doing a collectors line of Transformers characters similar to Star Wars Black Series, Power Rangers Lightening Series, Ghostbusters Plasma Series, or GI JOE Classified toys. While they don't transform, they're pretty great representations of the characters as they appeared in various media.

I'm a pretty big fan of Action Masters and the SFC series and really have enjoyed most non-transforming toys of the Transformers. Mainly because I like having a toy that looks like they do on the cartoon without the reality of a working transforming toy getting in the way. I like action figures in general and good looking ones of characters I love isn't exactly a tough sell.

They're supposed to start showing up in September and from what I gather will be Walmart exclusive initially. That's ok with me as dude I'm in Walmart every weekend if not a couple of times a week. I'm a middle class dude from the rural suburbs. I buy a lot there. I grew up shopping there. I like Walmart.

I can't say I'll buy every single one of these new figures. I'll probably cherry pick from the assortment like I do the other collectors lines. These look pretty neat to me and I'm hoping the range of characters covers the history of the line pretty well. According to some recent news it will. Honestly this looks like a pretty fun time. That's the kind of thing I like to do with my hobbies, you know, have a good time. 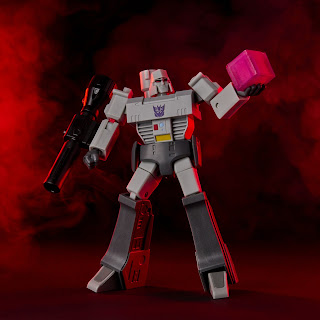