Protoform on a Rampage 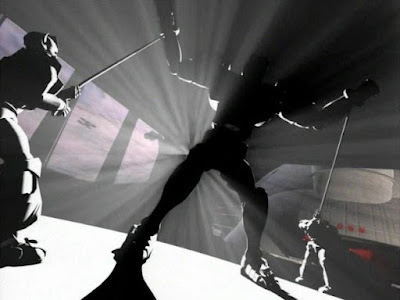 Rounding out this Spooky Summer's look at some of the darker aspects of Transformers is one of my favorite characters. Rampage from Beast Wars was a monster, a killer. In fact Rampage was such a threat that part of the Axalon's mission was to secretly cart him off in stasis as the Maximal Council couldn't stop him. He was literally so bad that the best idea they could come up with was to lock him somewhere far away. To make matters worse... he was 100% their fault.

Starscream was a notable figure in history. One such notable thing was his immortal spark. Due to some mutation, he just couldn't die. Have his body destroyed... sure, but then his ghost would just float about and cause trouble until finding a new body. Well, dang, wouldn't it be great if that could be replicated? Ultimately it was was, however the result was a criminally insane monster who killed an entire colony (and others too, I feel like the others are often forgotten). This insane monster of a Transformer that they called Protofom X (it wouldn't be until later that Megatron renamed him Rampage) just won't stop murdering others! Not to mention, also like to eat his victims and generally wallow in others suffering. By the way... he was immortal. Great job all around guys!

In the grand tradition of leadership creating a problem, pointing the blame at someone else, sweeping it under the table, and making it someone else's problem all while somehow staying in power. The Maximal Council had Protoform X locked away in a stasis pod and stuck with Optimus Primal's ship, The Axalon, to secretly hide somewhere far away. Then he could be someone else's problem! LEADERSHIP IN ACTION! OBEY! Following another grand leadership tradition of piling up responsibilities on one guy from the wrong department, the Axalon was also tasked with following Megatron's crew of Predacons after the theft of The Golden Disk.

The subsequent chase lead to  the trip back in time and space ship crash resulting in the conflict that Optimus Primal would name BEAST WARS (insert guitar rift). During the crash, the various stasis pods stored on The Axalon would get dumped into Earth's atmosphere. This would add members to factions as the pods would land and the Transformer would enter the battle. Protoform X was of course one of these and found himself under the leadership of Megatron. Megatron would also rename him Rampage and force his obedience by cutting a part of Rampage's mutant spark and inflicting pain on it as a means of control. DO AS I SAY OR ELSE! Clearly those on Cybertron took examples from our government after the stint on Earth.

Rampage would then become a massive problem for The Maximals until his eventual defeat. Rampage was 100%  the horrible monster he was supposed to be until one stasis pod landed. This stasis pod contained another different Transformer inside. Transmutate was unfortunately malformed, and unable to control itself properly without  proper supervision. Rampage found a kinship with Transmutate and the two bonded. Sadly Transmutate didn't survive the episode leaving a monster mourning the only friend it had in life. Rampage is an analogy about how society often creates it's own monsters. He's both terrifying and sympathetic. A well written character in a show made to sell action figures.

And with that Spooky Summer comes to an end. We spent this year looking at the darker aspects of Transformers mixed with the scary stuff. Stay tuned though, the annual 3 months of Halloween Pumpkin Spiced Mayhem on Zone Base starts next week!