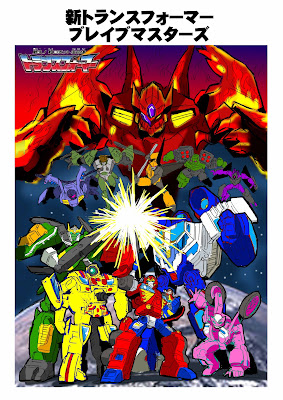 Transformers is a pretty big brand that's been going for a pretty long time. During that time and growth, there's been a lot of ideas that never became real. I'm going to talk about one of those right now. Mainly because it's something that I wish would have happened. That would be New Transformers: Bravemasters. Bravemasters was a proposal by Hayato Sakamoto for an E-Hobby exclusive toy line. The line was to use non-screen character Transformers movie toys in new colors as new characters.

Personally, I would have loved to see Bravemasters become a reality. It's such a cool idea and theoretically would have given some great toy molds some much deserved attention. I wasn't there at BotCon 2015 when the information was revealed at a panel featuring Sakamoto. However it's been something I've wished for since reading the panel notes. I'd have been a big fan of this series and I'm pretty sure others would have too. Ultimately, a lot of the concepts pitched at the time would have led way to Transformers Cloud. Itself a neat line exclusive to E-Hobby. 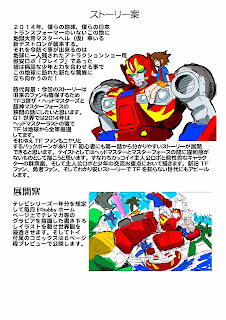