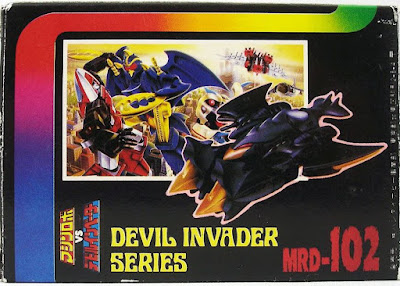 Pincher/Falgos is one of those Gobots that can be harder to get now. He has just enough breakable parts that finding one in decent condition can be a challenge. I got him and Scorp randomly one day in the 2nd grade. I say randomly as my mom just had them waiting for me after school one day. Neither lasted very long unfortunately. Just like the Leader-1, whom I found one day with a broken arm, I suspect a certain jealous cousin got his grubby hands on them. Same kid who every year tripped over his bed sheet ghost costume while we tricked or treated and threw a temper tantrum at least twice every year. Though watching him spike his McBoo Pail on the ground in anger was pretty great.

Back to Pincher. He's a weird bot that really fills out the role of Devil Invader. With wings, pinchers, and overall look. Pincher could fit in with the gang in a Ghouls n' Ghosts game. In alt mode, he's a easily one of the coolest vehicle modes ever. A weird demon/dinosaur/bird/jet hybrid that's pretty far out. I managed to replace Scorp, but haven't yet found a decent Pincher for a good price. Hopefully that'll change soon. He's too cool not to own again. 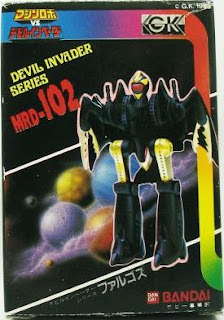