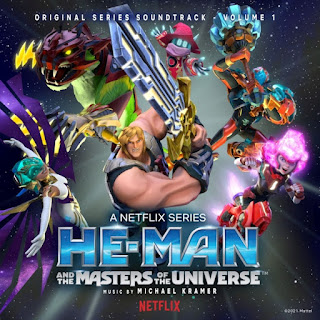 He-Man and the Masters of the Universe debuted on Netflix this past weekend and boy was it a fun time. It's funny that I spent extra time with The New Adventures of He-Man this summer, because it's really hard not to draw comparisons between this new show and that old one. On top of the classic He-Man formula is sci-fi and anime influences with a healthy dose of comedy. The show is a mix of action, adventure, laughs, and even feels. It's pretty damn good.

It's not the same old He-Man either, a complete reboot. I'm surprised I like it as much as I do, because I'm very G1 with my MOTU. It's just the way I prefer it, but man, they did a great job. He-Man is the leader of the Masters of the Universe on Eternos. Once again he's Prince Adam given super powers with the power sword and Castle Grayskull. He shares this power with his friends giving them super powered forms as well creating a team to fight Skeletor who's mastered the forces of Havok and created his own Dark Masters. It's a new twist on some familiar faces that's a lot better than I expected it to be.