Trick Or Treating With Michael Myers 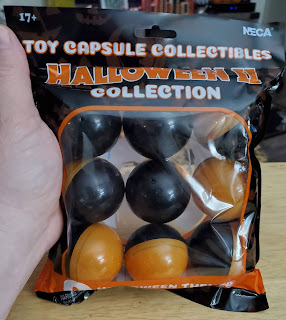 While the bag of Chucky capsule toys was pretty great, the best of NECA's surprise offerings is the Halloween II bag. Not only because Michael Myers is better than Chucky, but also because they made a better set of treats. Literally the perfect bunch of prizes for Halloween. As it should. It's the name of the fucking movie.

This bag is specifically themed after Halloween II from 1981. Considering the 2018 film reset everything after the 1978 movie, it's nice to see the original sequel get some love. It may not be the most critically praised film of all time... but movies people actually like never are.

As much as I love the original movie, it never quite feels like it takes place on Halloween. Despite a few looks at kids in costume, it could be on any day. They captured that feel of the spooky season much more in all the sequels and I've always really loved them for that. 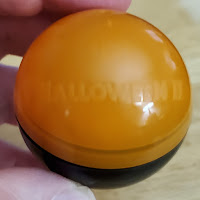 The capsules are orange and black again, but this time with the Halloween II logo molded on them. I can't tell you just how much I appreciate that. It's just a little thing, but they could have just did a sticker or nothing at all. Mold toolings are expensive, considering the two different capsule logos when they could have just been plain is impressive. Inside each capsule is an individually wrapped prize.

I got shoelaces, a lanyard, a magnet, an eraser, a pin, a keychain,a patch, and two mini masks. The masks and the patch are the most awesome. Most of the stuff has a general Halloween/Michael Myers theme. The eraser has the Halloween II logo, but the patch takes it a step further. It's the patch an employee of the Hadonfield Memorial Hospital would wear on their uniform. Super cool way to go a little more in depth of the bags theme. But the mini masks? Those are the absolute best part of the whole set. 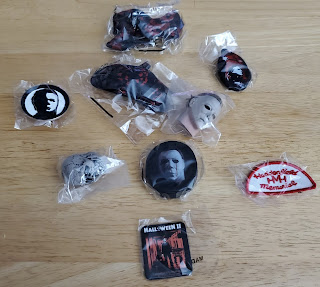 There's Michael's mask perfectly recreated and the skull Silver Shamrock mask from part III. Despite the set being themed after part II, they threw in a little love for good old Season of the Witch. The little masks are REALLY great considering they're tiny plastic toys based on 40 year old movie props.

The skull mask looks just like the Don Post mask used in part III. It's hollow, has eye holes, and even the little slit on the back that most masks have so you can fit it over your head. The Michael mask though was the best. The same real mask touches as the skull, but they NAILED they was it looks. 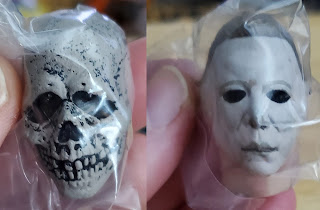 For those who may not know and for those who just like hearing things they already know, I'll go over the history of the Michael Myers mask. When they were making the original movie, the crew had a hard time finding the perfect Halloween. Eventually they took a William Shatner mask, altered it a little and spray painted it white. Voila, scary boogie man mask.

Nick Castle (The Last Starfighter Nick Castle) played Michael in the original movie (among others) and pretty much just shoved the mask in his back pocket when not wearing it. Afterwards, Debra Hill threw the thing under her bed after filming. There it stayed until the production of part II in which they used it again. 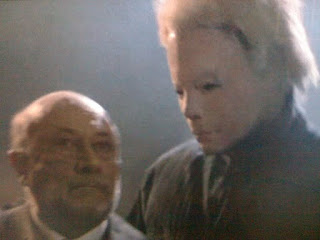 Now after years of being in a heavy smokers house and the rough handling during the first movie it was a little worse for wear. Not to mention, it fit differently on Dick Warlock. That's why it looks a little different in the movie. They captured the way it looks in part II perfectly.

A little more trivia, if you watch part 4, you'll notice a scene in the school where the mask looks weird. They gave Dick Warlock the mask after making part II and recreated it for part 4 with a few new William Shatner masks. Somebody grabbed a non altered one when they filmed that scene and the crew didn't care enough to fix the mistake. Hollywood magic.