Optimus Prime Is Dead, Ratbat Has Left The Bell Tower 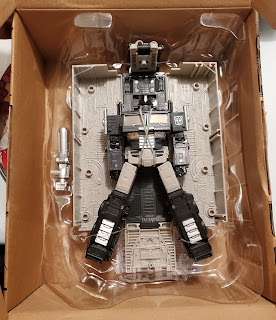 Transformers the movie came out in 1986 and with it childhood trauma. The intention of replacing the older toys with the newer toys was carried out with inappropriate violence and onscreen death for what was intended to be a children's cartoon. Prowl didn't get shot and fall over dead. Prowl got shot and we watched his face in agony as life exited his body. Some scenes were originally planned to be even more violent. Which is kinda crazy.

Probably the most traumatic part of the movie for children, however, was the death of Optimus Prime. In his epic fight to the end with Megatron, Optimus received some fatal wounds. This leads to Hot Rod later becoming Rodimus Prime and many crying children (that didn't give three shits about anybody else who died). So much that their parents complained to Hasbro about the cruel loss of their kid's hero. That's kinda remarkable as the guy had only been around for two years at this point and had that kind of an impact.

Over the years there's been a few toys that represented Optimus as he lay dead in that pivotal scene. Most recently the Generations Selects exclusive version of the excellent Earthrise Leader Class Optimus Prime toy. It's officially titled 'Alternate Universe Optimus Prime'. Which is a nice way of saying 'he in robot heaven'. It's a wonderfully gray scale interpretation of the toy complete with a new beat up head sculpt.

I'm fortunate to have the great friend in Shawn that I have as today I got one of these awesome toys by way of housewarming gift from him. He said it's the perfect mascot for Zone Base and he's not wrong. Somewhere between all my sneaking Halloween in throughout the year and giant robot talk... a Zombie Optimus Prime kinda fits. Prime spooky shit.