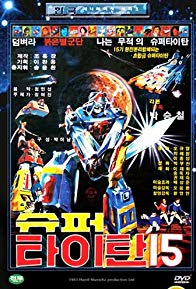 I've mentioned on here before my love of Korean rip off robot anime. Hell, I've posted a few. There's just a charm of those dollar bin robot cartoons full of stolen robot designs in adventures that I guess form a plot. Look, I don't think I really need to explain why Diaclone Inferno... I mean... you know what site you're on right?

So I was perusing Tubi earlier and discovered they've begun hosting a ton of them. Now as a series called Ronin Mecha. Like putting them together as a movie series, which makes sense considering some of them are literally made from others re-edited together. It's great to see them constantly add to their collection of Super Robot cartoons on Tubi. For the record I love Tubi and I'm sure if you're a Zone Base reader you're probably a fan too. It's practically the streaming service of Zone Base.
anime cartoons defenders of space diaclone Inferno Korea Korean super robot super robots Transformers tubi Zone Base