The Other World was out of this world

When I was talking Shogun Warriors I mentioned discount stores and Arco toys. Arco Toys was a toy company (in case the name wasn't obvious enough) based in Hong Kong that made a lot of (guess what) toys that were generally in discount stores and other non-traditional places like drug and grocery stores. Hasbro didn't make Authentics back then, so maybe you'd find some close out older name brand toy... but more often it'd be one of these off brand lines. But that's not a dig, there's gold in those weird brands. 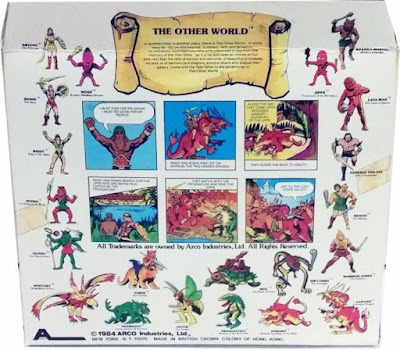 If you noticed from the picture of Castle Zendo, the figures are all standing with their arms outstretched. That's because they literally had no articulation as you traditionally know it. They were rubber bendy figures, the kind with a wire skeleton. Which of course resulted in eventual wire snaps creating arms in permanent 'gimme a hug' poses. A small inconvenience then the lizard man figure came with hell yeah awesome glow in the dark accessories. My love of glow in the dark stuff knows no bounds and in fact could be other worldly no damn pun intended. I lied, I totally intended it. 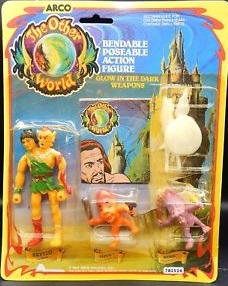 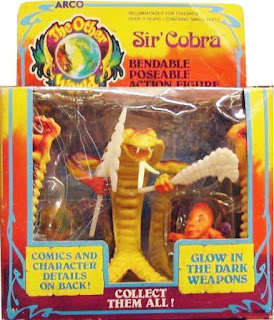 The Other World was a weird and wonderful toy line that didn't cost much. That's a recipe for sucess that doesn't come around as often as it should. The next time you're at that odd discount store picking up some random thing you need check out the toys. Sometimes there's a little rubber Halloween decoration trying to pass itself off as an action figure. How can you possibly ignore that?
at April 19, 2019
Email ThisBlogThis!Share to TwitterShare to FacebookShare to Pinterest
Labels: arco, fantasy, monsters, the other world, toys, Zone Base