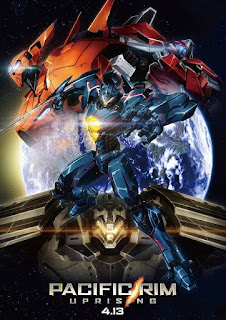 Seeing how Pacific Rim is a live action robot cartoon (for some people the point is now out of the atmosphere over their heads), Legendary Pictures has this awesome poster for Uprising in Japan. Drawn by Masami Obari, it intentionally invokes Gundam imagery. Hopefully the film is successful over there as here it did similar to the originals numbers. I don't expect another sequel (I never thought this one would ever happen), but man would love more.
gundam kaiju Legendary Legendary Pictures maelstrom pacific rim robot super robot super robots Toku Tokusatsu Universal uprising Zone Base