The Cyberverse is vast 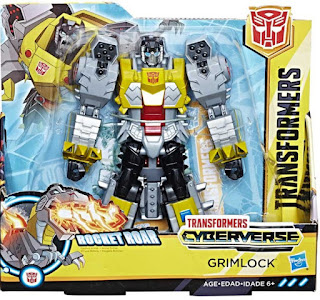 Over the weekend, pictures of of packaged Cyberverse toys started poping up all over the internet. I really like the bright colorful packaging. The entire line looks fun and full of life. I mainly plan on getting the smaller scout class figures, but there's going to be some of the larger toys I want to get. The larger 20$ Grimlock and Starscream look like pretty neat figures. I really like the rocket pods on Grimlock, giving him a more Mecha Godzilla look. Starscream also has added missile pods, but his are huge making him look more like Skyquake. Im hoping for eventual recolors that would homage various Skyquake recolors. I think an outright black  version would be enough to make me happy (Machine Wars Starscream), but fingers crossed for a King Atlas or even  Skyquake homage. 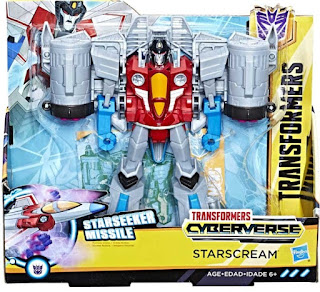