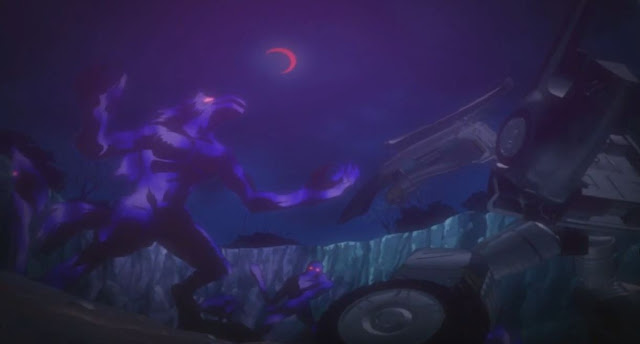 What is a Autobot? (flings goblet of strife aside) A miserable little pile of secrets! But enough talk! Have at you!

Werewolves, witches, vampires. Monsters, big and small have terrorized mankind since the beginning of time. But what if I told you that many, in fact, were actually... Decepticons? In Transformers Cybertron episode 23 'Trap' that indeed is the case. While we know the Transformers came to Earth and took the disguises of our vehicles and animals for various purposes, they traveled elsewhere as well. To other planets and even here at other times. The Ancient Decepticons who came to Earth hundreds of years ago patterned themselves after Earths monsters to terrorize humans! Fortunately the Autobots have an ace monster hunter on their side- CROSSWISE! 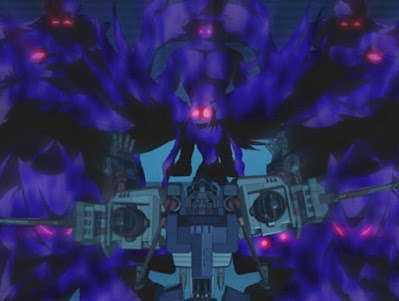