I'm just now getting around to talking about this even though it was announced a few days ago. Partially because I was holding out for more info before I started talking about it. SEGA announced the Mega Drive Mini 2, following up the Genesis/Mega Drive Mini in 2019. It's not just in name either. A whole new line up of games including SEGA CD titles and the console is based on the Mega Drive/Genesis 2 version. This is super cool, I had assumed the Mini was a one and done type of deal. There's even a Mega Drive 2 CD add on kit as well! Right now they've only announced a Japanese release date, the more info I was hoping for would be a US release. Which thankfully was announced a few days ago as well, but I had initially missed. 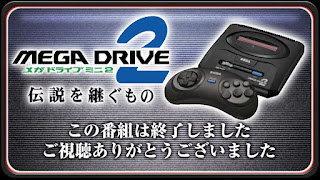