The Transformers Iceberg (according to me) 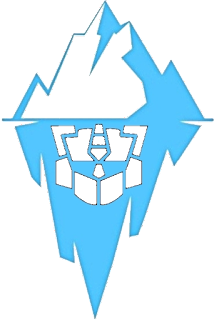 I often find myself referring to the Transformers Iceberg and all the various parts within it that I find fascinating. Due to the nature of Transformers as a brand and how it was created, there's various layers of the Iceberg. A lot of it is under the surface. It's almost more appropriate to call it a sunken island with a tree sticking out of the water more so than an iceberg... but that's the terminology for this sort of thing.

I'm not expert or authority on anything. However I thought it'd be fun to sit here and lay out how I see the iceberg. Below is the layers and how it all works in my mind. Mind you the layers blend together and something can be in more than one. Microman is both formative and associated, as is GIJOE for example. Because things can get so complicated the layers are in broad strokes. Because basically, it's confusing and like i said, I'm not the authority. My word isn't law. So take this as you will and I hope you all enjoy.

Transformers was made from other toy lines originally with a brand new story before original product was developed. So certain things are in the iceberg due to that. It does get complicated as those other toy lines were also branching off something prior and other toy lines have made made from them.

There's been cross overs and oddball appearances. For example, Cobra Commander was in an episode of Transformers (Only Human). So that's an official association by fiction. But what about that time Beast Wars toys were on Fresh Prince? Well, that's an association, but it's pretty trivial.

There's Transformers stuff that's unlicensed, which means it's not official. However, it's still part of the Transformers world. This isn't meant to disparage anything by any means. It's a broad definition to describe a pretty vast area that can get pretty murky at times. After all, This site is in this layer.