Superior to the Core 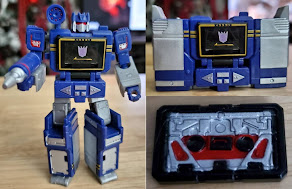 I picked up Core Class Soundwave this past weekend. I really like this new size class Kingdom introduced. Seeing as it's continuing in Legacy and being worked into Studio Series, I'm not the only one. Soundwave is a really nice toy for what's is the new basic size.

He's pleasantly articulation. Mostly due to transformation, but I'm not complaining. In fact, it almost makes him comparable to the Microman figures he originated from. Soundwave turns into his traditional cassette player and even has an opening door complete with Laserbeak in tape mode!

Laserbeak doesn't transform, but it's still a nice extra. I have no complaints with this figure whatsoever. I do wish his robot mode feet tucked away better in alt mode from abetter looking tape player. So far Core Class has had some really great figures. I'm really looking forward to more as it's been great so far. This one though, is going to be pretty hard to beat. 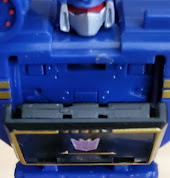