Ghostbusters Afterlife after all this time 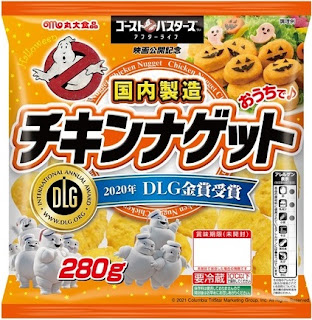 This past Saturday I finally got to see Ghostbusters Afterlife. It was a happy moment as it's been 2 years since the trailer first hit the internet. That was before covid-19 happened and everything changed. I got my tickets last week and happily enjoyed a movie that never seemed like I was going to get to watch. It was well worth the wait, this was a wonderful movie. To give a little perspective, this is Ghostbusters part 3.

The 2016 reboot is ignored. Like the video game (which at the time was considered part 3) it follows up on the Gozer plot line from the original movie. Part 2 isn't ignored (and it's still cannon) as Ray's book shop is in the movie as is the Vigo portrait. They had more than one adventure you know. If I could compare it to another movie, it'd be Star Wars: The Force Awakens. Strongly played off the original movie while setting up future films. Future films is something I'd be more than happy to see. I like this series. You may have noticed.

I'm not give a review here. Nor am I going to spoil anything(intentionally anyway). I'm just going to talk about something I like. I like Ghostbusters and I liked this movie. I didn't like the movie just because I like Ghostbusters, I liked it also because it was a good movie. Fortunately it was a good Ghostbusters movie. I like the new kids, Phoebe and Podcast were particularly fun new versions of Egon and Ray. In fact Podcast was the one kid I didn't have an opinion about going in and came out liking a whole lot.

Trevor and Lucky I assumed were going to get much bigger roles, but they came in second while still getting decent screen time. Admittedly Lucky got less than all four, but I honestly can't see what else she could have done. Well, I'd like to see more of how she got to the dirt farm in the final act. Not exactly going to lose any sleep over how some characters got to locations. It's a movie and I have a life. Once again it was a good movie, so I wasn't too hung up on 'how' and instead was preoccupied with watching it unfold. It would be a safe assumption that the kids would play out like a copy of Stranger Things. I wouldn't have had too much of a problem with that, but also happy that they felt more like an indie movie initially. Considering it's directed by Jason Reitman, that's not surprising.

The movie manages to feel like a Ghostbusters movie while also feeling like something new. That's cool, it's a new team, it needs to have it's own identity. It's funny, scary, emotional, and nostalgic. The way a Ghostbusters film with this story should be. It even felt a little like The Real Ghostbusters with some of the equipment and plot. It's nice to wait so long for something and leave completely satisfied. It's been a long two years since that trailer first hit the internet. Here's hoping there's more to come. If not, then hey, they left on a strong note.