Forcing A Soldier Into The Stars

I remember thinking Star Force was pretty similar to Star Soldier as a kid. However lots of space shooters were pretty similar, so I just chalked it up to that. Later I'd learn that Star Soldier is a spiritual follow up. Really this post isn't as much about either game as it is about playing shoot 'em ups more as a kid. I was pretty good at them at the time. During the Atari and NES years I'd often find myself in front of the TV just shooting bad guys at a frantic pace. It was a lot of fun and often gave way to playing out levels with toy space ships bought from gumball machines. Which ironically may have been bootlegs of keshi based on the very games I was playing out. 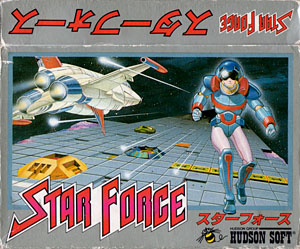