Smashing Dinosaurs From Their Icy Tombs

Blind assorted, tiny rubber keshi toys are pretty easy to get. I buy plenty (like a ton), but I've been wanting to find a new line to really get behind. Not that I'm ignoring the others ones I buy, but without Grossery Gang, there's been an empty spot. An Instagram friend has been posting quite a bit of the Zuru Smashers lately and they've been catching my interest. 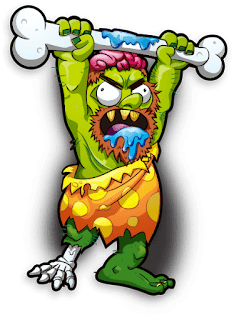 The Smashers line by Zuru is a neat keshi line blind packed in collapsible plastic capsules that you 'smash' to open. Series 1 passed me right by. I don't think I ever saw it. I did buy a few from series 2. Fun, but I just didn't see them often. That brings us to series 3 which kinda snuck in under my radar. This was the 'Dino' series, which as the name implies was a dinosaur themed set. I really wish I would have gotten in on these guys earlier as the dinosaurs rang from standard, to mutants, to robots, and even skeletons. Really awesome stuff.

Fortunately I began seeing these at the same time as I discovered series 4, which is the 'Dino Ice Age' set. So there's still plenty to go around. Actually I see more series 3, so no problem there. I don't think I have to tell you, but series 4 is an ice age expansion of series 3. The toys are available in a range of prices, but I usually see the 8 pack at my local stores for around $9.

You get 8 toys on a card, 6 in smash-able capsules (egg shaped for the dinos) with 2 visible on the card and a random slime pack. There's also larger eggs that have larger figures inside... but I'm focusing on the little rubber dudes here. Part of the reason I didn't notice them is my stores tend to just put them wherever. You might have to really look if you'd like to pick up a pack, and they could be anywhere. The figures are pleasantly rubbery with wacky sculpts. So far I've been really enjoying these little prehistoric freaks. I think Zuru just makes blind packed dinosaurs I like.