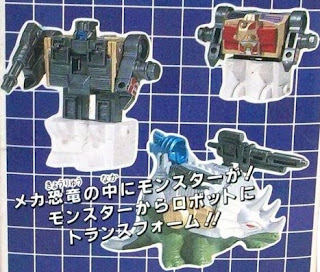 One of the neat things about Transformers is that it isn't cut and dry. Thirty six years of toys and cartoons has lead to restarts and reboots, but somehow there's usually a thread of connectivity in the oddest places. Powercore Combiners (PCC) was this weird offshoot line that hung around for a little while. It had the usual mix of fans and haters.

One of the more cool aspects of PCC (or frustrating depending on your viewpoint) was that the line wasn't rooted in one singular continuity. One character might appear in a movie universe story, the other in an IDW G1 comic. They were a varied set of characters that just happened to share a play gimmick.

Which brings us to Kakuryu. 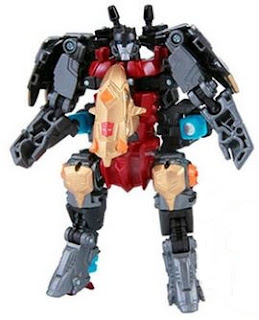 Kakuryu was a Decepticon in Tranformers Victory. A member of Dinoforce to be exact. The group were a team of Pretenders with dinosaur shells that merged to form Dinoking. The Dinoforce served under the lead of Deathsarus who eventually abandoned them. This lead to the team helping out the Autobots. After all was said and done, Kakuryu ended up working at an amusement park. I hope it was Universal Studios.

If you didn't care about Powercore Combiners, that's a shame, because you probably didn't care about the Takara versions of the toys either. During PCC one of the more popular figures was Grimstone. Grimstone was a Dinobot who's combiner drones were other dinosaurs. He was pretty neat and generally well liked by Transformers fans.

Kakuryu by this time had joined the Autobots and became one of the Dinobots. He took part in the Power Core Combination program and became Grimmaster! Grimmaster being the Japanese version of the Grimstone toy. Grimmaster had several more adventures which lead to his part in helping the Dinobots become Volcanicus most recently. It's not a matter of G1 or Beast Wars. It's all Transformers. 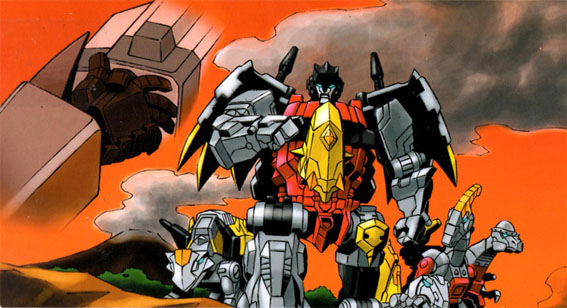