Pepsi And Universal Studios For Halloween 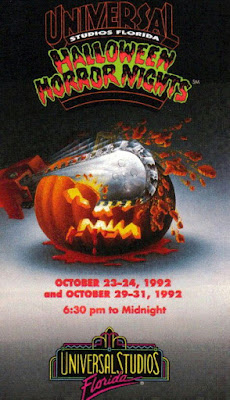 The Mrs surprised me with a trip to Universal Studios. Which we obviously haven't taken yet. I mean... there's a pandemic and all. It's open, but walking around in Florida wearing face masks doesn't seem like the greatest thing.  So we've got an open itinerary for next December. Which is the perfect timing. You know, put back some money, hope things are a little more back to normal by then... have time for a refund just in case...

So how to I shoehorn the thing I can't stop thinking about right now into the thing I think about all the time? Well duh, Universal Studios is synonymous with Halloween thanks to the world famous Halloween Horror Nights. Not to mention the Universal Monsters!

I also love Pepsi, which is just how great this old commercial from 1992 is! I wish this was just their ad every year, but hey... well why isn't it? Dang, I love that pumpkin.