Snapdragon 64, Get N Or Get Out 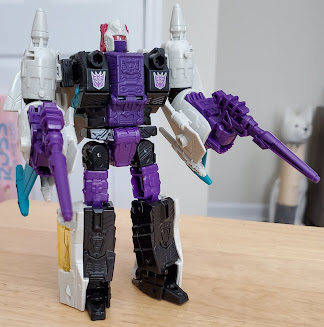 My wife picked up Earthrise Snapdragon for me the other day and I was super thankful. I've been really looking forward to this guy for some time now. Like most recent Generations toys, he's a pretty slavish homage to the original toy. If you've heard the term 'G1 with knees' then you have a pretty good idea of what to expect here. If that's something you don't like... then why do you keep pre-ordering them? 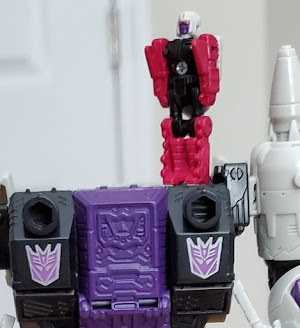 Snapdragon is a Headmaster like his original toy. They don't make too big of a fuss over this on the packaging and don't refer to him as a Titanmaster either. Like Apeface in Siege before, it's an evolution of Titans Return toys in use here. Basically a modern Headmaster toy. It took a few sentences to explain that, which I wish could have been expressed in an emoji. I save so much time with that poop one. 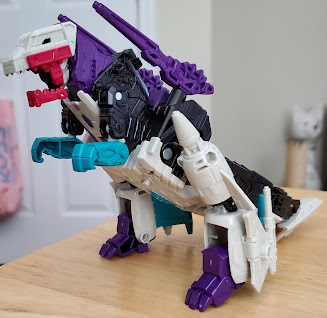 As you'd expect from his name, Snapdragon transforms into a dragon. Admittedly he's more the type of dragon you'd see at a monster truck show than fighting a knight. An alien robot from outer space can only be so realistic when transforming into an imaginary animal. There's a lot of charm to this dragon mode however, it might just be me being a fan of these old designs admittedly. He's weird and blocky and that's one of the more lovable aspects of post movie G1. 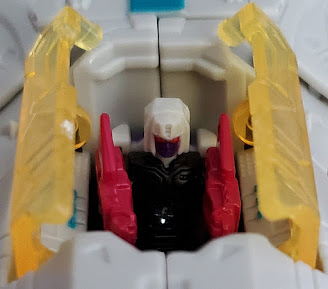 Remember the part about Snapdragon being a Headmaster? Krunk, his Headmaster partner pulls double duty. He forms both the dragon and robots head in addition to piloting the vehicle mode. Honestly that's one of the things I love about Headmasters/Titanmasters, the piloting vehicle modes. It draws back to the Transformers Diaclone roots and honestly is a fun play feature. 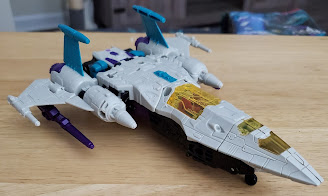 Speaking of Snapdragron's vehicle mode, his is a spaceship based on the SR-71. I've always called this kind of vehicle a spacejet, because obviously. I absolutely love this mode. It's got that classic 80's styling that always looks great and I just want to fly him around while making flying noises. With triple changers one of the alt modes is generally superior to the other and this is that one. While I do like the dragon a lot, I love this more.

That's partially due to the transformation. I didn't enjoy the change to dragon mode, while the conversion to spacejet was pretty painless. That's pretty much the one complaint I have and it's likely just me being clumsy. Nothing is perfect, and the idea of a perfect toy line is completely subjective to opinion. So far though, Earthrise has been as perfect as a Transformers line can be for me.