I Was A Third Grade Werewolf 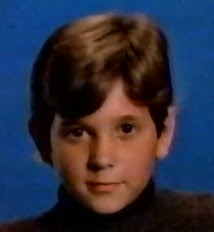 I have an admission of guilt. Even though I am pure in heart and say my prayers by night, I became a wolf when the wolfbane bloomed and the autumn moon was bright. Yes, I was once a werewolf. When the moon was full I changed into a monster and prowled the neighborhood for a victim. My blood lust could not be stopped, I'd kill and kill and kill. Nobody was safe, for you see I was a werewolf.

For exactly one night.

In the third grade. 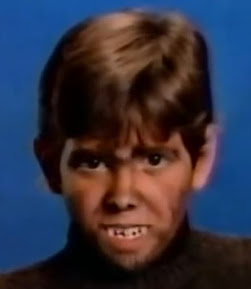 I've mentioned Crestwood House Monsters here before, so what if I told you the stars aligned just right and I got the Wolfman book from the library the same day I first saw Teenwolf? Because that's exactly what happened.

I was prepared to read my book that Friday night when a new movie came on HBO. A cinematic masterpiece, Teen Wolf.

It was then that I was bitten, by the idea to be a werewolf for Halloween. I'll wait for you to catch your breath. So there I had the perfect costume in mind but now with a conundrum. How was I going to pull that off? The simple answer would be with a mask and some of those hairy gloves. 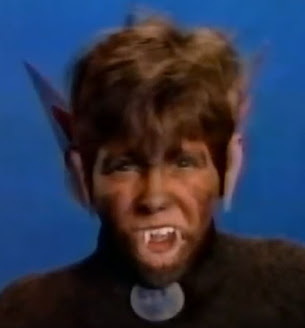 The complicated part would be I was in the third grade and what you might call a child.

What I'm saying is, I was still a little scared of rubber masks. I was petrified of them prior, despite loving all sorts of monster toys and movies, having a real one in your face is a different story.

Though after years of my brother reusing his Gamorrean Guard mask, I had matured from pissing myself in abject terror to slight discomfort. However, I still didn't want to wear one.

Ben Cooper mask, sure. Rubber mask, nope. So how do I become a werewolf? All of my costumes up to this point were smock and mask or make up kit based. 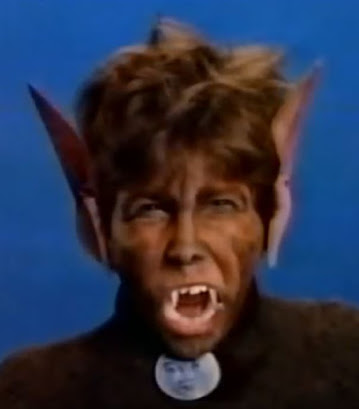 I've mentioned how much I love make up kits before, but I don't think you quite understand. I freaking adore them.

I love looking at the packaging and at the examples. The variety of kits from cheap to expensive, I just can't get enough of them on the aisle.

I mentioned it was the weekend right? So of course a trip to the store was in order and wouldn't you know it, the old faithful PAAS make up kit display was standing proudly. 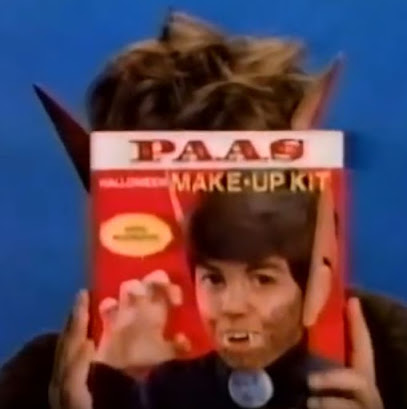 Needless to say, I had my costume in check. Come Halloween night I was dressed as a werewolf should. Blue jeans, black fruit of the loom sweat shirt, and the mind blowing transformation that only a PAAS make up kit could produce! The kit came with several tubes of make up and instructions on how to properly apply. Also included were plastic fangs and on the back of the box were cut out ears and moon medallion (yarn not included).

I don't mean to brag, but I looked badass. My cousin arrived in yet another bullshit bed sheet ghost costume with some of his moms cold cream on his face to make it white. At least he smelt nice. I got so much freaking candy and even scared a few old ladies. Except the ones who never know what you're supposed to be. EVERYBODY ISN'T DRACULA MRS. EDNA. Same assholes that gives out those stale peanut butter chews. Same ones. Same bag from last year.

That Halloween rocked, maybe even more when my cousin threw one of his trademark tantrums and yard spiked his MCBoo Pail into the ground after tripping on his sheet for the millionth time. We got back to my place for pizza and a viewing of Teen Wolf. The perfect bookend to my werewolf saga.