Basically Cloned To The Core 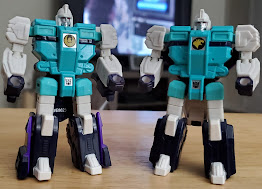 There's been talk of Kingdom lately in the Transformers world. The third part of the War for Cybertron trilogy, which has a heavy Beast Wars focus. Of course I'm ecstatic for this, but that's not what we're here today for.

From the leaked information, the new small figure class is called core class. Sadly this looks to be taking over the smaller 'Masters' figures from the past few years I love so dearly. Though other recent news and the hope that they'll be used for a discount line like Mini-Cons formerly were. Maybe they're not completely done.

Recently, the Decepticon Clone molds from Titans Return made a return as a two pack. They're specifically a part of the Earthrise line and with their distinctly different build than other recent WFC figures this had lead to a fan theory that I'm subscribing to.

A few years ago when the new Clone molds were introduced, many took notice that they weren't the Legends class figures that were the standard for smaller figures at the time. Small figures, yes, but their own thing. Now here we are with the Clones making another appearance before Kingdom starts. The theory is core class figures are of similar construction to the Clones.

Now that's just been a theory without any real backbone. For all we know Core Class could have been a new name for Legends Class. After all, Legion Class was originally Legend Class and Commander Class got renamed Legends Class. Confused? Me too, and I'm explaining it. If it's one thing I wish Hasbro would improve, it's the naming system. 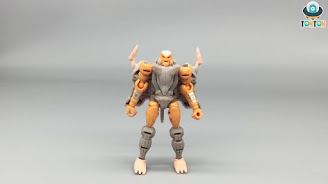 Confusing class naming aside, there was nothing to say there was anything more to the theory. Then Rattrap got leaked today. Rattrap is one of the listed Core Class figures. Who indeed has a similar build to the Clones. Well, damn.

Core Class isn't a renamed Legends class after all and a new thing right? Well not exactly, older fans probably had a sense of familiarity when playing with the Clones.

I don't mean as in a homage either, they felt familiar. It wasn't until I saw the Rattrap pictures today that it fully dawned on me why this was so familiar. Core Class is seemingly the return of Basic Class Transformers, who were a big part of Beast Wars. The original Rattrap was a Basic Class Transformer. Of course like other early Beast Wars Basic Class toys, the original had a spring loaded transformation. This gimmick was abandoned early on and if you'll look at a Transmetal 2 Basic Class figure, you'll see a strong similarity in construction.

What happened to Basic Class? Well, by Cybertron it was renamed to Scout Class. Scout figures were phased out as Dark of the Moon toys introduced Cyberverse as the smaller class. With the then newly renamed Legions and Commander Class figures, this stuck around throughout the Prime toy line with a new Legends Class taking over in Generations. Hasbro later used the Cyberverse name, which we're all familiar with as it's still running and in it is the new Scout Class smaller Transformers.

Somewhere there's a hole in the dimensional fabric from trying to explain that.