I Just Want To Talk About Halloween Right Now

It's no secret around here that I love Halloween. I sneak it in all year under various guises, because I wish everyday was Halloween. I would do a straight up Halloween blog, but like I've said before, I want to talk about other things I like too. I could have multiple blogs, but dude... keeping them all separated and operating them would be a nightmare. I figured the robots/monsters/misadventure description would make it clear, does it? I do this for fun, so ideally doing it this way works best for me. 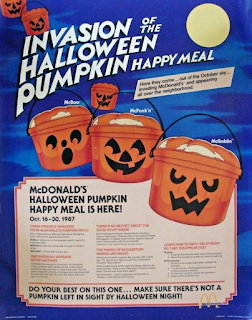 Initially the first Halloween on this site was just spooky Transformers bios. Because that was in the first few months of the site when I was still mentally working out how I wanted the site to run. I followed Hasbro's lead and just talked about Transformers initially as I literally never run out of Transformers talk and since I've been podcasting about them forever... I figured it would be what people would come here for.

It was just a little after that first Halloween that I started working in the rest of the sites material. I started the site halfway through 2016 and it honestly really took off towards the end of the year. Admittedly I spent a good bit of that time wondering if I got myself into something I couldn't manage. Self doubts a mofo sometimes. 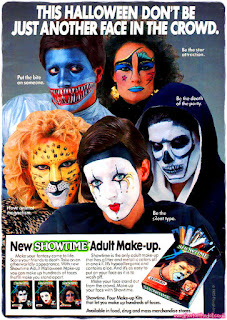 Really 2017 is when Halloween as I wanted to do on the site as you know it really started. Same with the spooky shit in summer, though I admittedly didn't give it a name until last year. It's a blog about Transformers, Godzilla, Halloween, and all sorts of other shit I like. It's a weird site. I'm weird, but I'd rather be myself than try to be somebody else. That's what high school was for.

I make myself chill out over Thanksgiving and Christmas. Partially out of respect for other holidays I really like, and also just to make myself take a break. But believe me, I'm missing those pumpkins. Soon as January rolls around, I'm watching old Halloween stuff on YouTube. Like, my favorite thing to watch is old Halloween commercials. I've never seen Titanic, but I've seen that damn Halloween is Coming at Hallmark commercial a billion times. Never get tired of it. 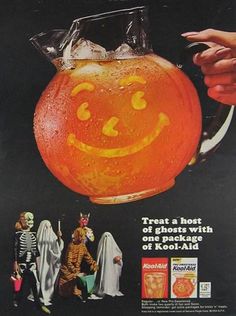 Last year, it was harder to say goodby to Halloween in November. To be fair, I was pretty enabled. I'm used to little peaks of spooky shit sneaking in at the end of July and slowly getting stocked through August, firmly in place by Labor Day. Something happened last year and stores like At Home (and others) started in June. I noticed normal people saying they were ready for Halloween in summer. Wait... what? Not just me now?

So, it was pretty much Halloween half the year... even during July 4th. When it comes to the site, my rule is to wait until I see Halloween stock mainly on shelves to swap over. Once I made myself wait until September. Once. Last year I officially made it the middle of August and specifically pointed out Spooky Summer. It's my site right? I'm just practicing a little restraint. Judging by the numbers, you guys clearly like the scary stuff. I didn't say spooky shit that time, see restraint. 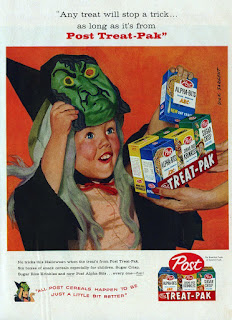 So officially Halloween on the site starts mid August. I've been planning it since last year. I've went through a million different logos, Shawn's woken up to more 'how about this' IM's than he signed up for when he accepted my friend request. I've had the finalized version ready for a few weeks... if I don't change it again. I cheated and already did some of the background work and oddball html stuff. You probably don't notice yet, it'll all just slide together when I click save. It's a neon theme this year.

I made a playlist, it's 4 hours long exactly. I'd add more, but... my ADD is firmly happy with that even 4 hours. Friday Night Frights, which has been focusing on books the past few weeks will go on pause from then until November. Not that the Halloween programming will be THAT different, but it seems redundant to have a specifically spooky themed thing when the entire site is specifically spooky for a few months.

When it comes to oddball commercials and such, I'll probably double dip (million dip) sometimes. I could probably share the same Pass Make Up Kits ad every day and be happy. But for the sake of you guys and variety... maybe just a few times a week. Gnaw meen brah?