A Mountain Of Snakes


Hey Rob, are you going to make another comparison to He-Man's villains and Halloween decorations/satanic panic? Yes. Since Skeletor was inspired by a skeleton in a haunted house that scared a Mattel toy designer when he was a kid, it's only natural that he would live in a haunted house. Rivaling Castle Grayskull as the headquarters of the evil warriors on Eternia, is the freaky Snake Mountain. Once again as an adult, I kinda see where some of those parental groups were coming from. That talking mountain face you saw in the commercial above? It's literally a demon. It's one of the toys selling features on the box. 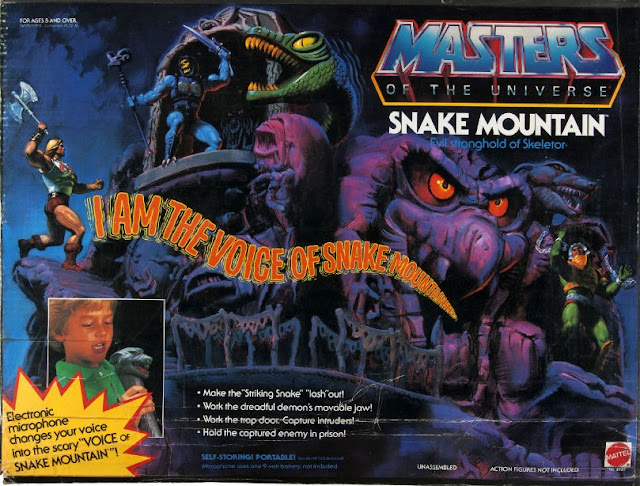 Just look at that thing. A scary bridge to cross in front of terrible monster faces, evil lurks behind every corner. Somebody chained Man-At-Arms up by his arms. Or by his At-Arms. Does he have legs or At-Legs? Look at the front door on top of the mountain. Big bat adorned gate with a wolfs head door and guarded by a giant snake. Classic spooky shit. Like I said, Skeletor was inspired by a prop at a haunted house, so he naturally lives in one. Makes me wonder what that haunted house the designer was at looked like. Because if it's anything like this, I kinda want to go.

In the cartoon, Snake Mountain was basically just that. A mountain with a snake on it. I don't know if that's due to designs not being finalized at the time of production or somebody at Filmation got the creeps. Thinking about it, the toy line and it's assorted artwork is a lot more scary looking than the cartoon. As if somebody thought to sanitize it out before putting on TV. For example, let's look at Skeletor. Below is a head shot of his toy, a story book, and the cartoon.

I've always wondered, ... is Snake Mountain alive? When my cousin would come over and we'd play He-Man, who got to be Snake Mountain was a regular subject. For those who are either not in the know, or couldn't tell in the commercial. The wolf head was a microphone that you could speak into and a speaker would amplify it in a 'scary' voice. The mountain was covered in heads, a wolf head, a demon face, a few other faces, and the giant snake.

Now the snake was probably alive as it could move around to attack heroic warriors. Or solicitors. The demon face's mouth can move, which would make you think the scary voice is coming from it. I guess. I wonder if the demon uses the wolf head as a conduit for possession. I mean, just look at the kid using it in the commercial. Forever cursed. Forever dammed. Forever the voice of Snake Mountain. Giant asshole. 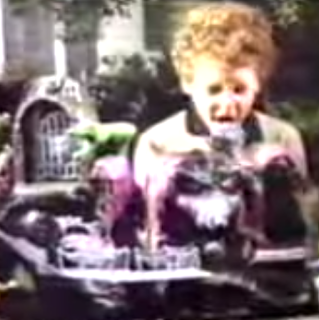