I'm sure we all have a lot on our minds right now. Me, I've got the obvious things we've dealing with as well as preparing for our move in the summer. That's not the best introduction to this post, but I'm not afraid to admit it. I was dreaming about being quarantined in our new place and organizing M.U.S.C.L.E toys. Honestly it's the kind of this I'd do normally.

So, there I was, setting up the new Zone Base headquarters and decided it was time to hold a giant wrestling event with my toys. A real life issue is my childhood M.U.S.C.L.E toys are in various forms of storage at my Mom's house. Real talk, most have probably evaporated in that parents house wormhole that eats things. My 2000's Ultimate M.U.S.C.L.E figures are all sorts of assorted throughout multiple boxed next to most of my Microman toys. My current ones are readily handy as well as multiple other keshi lines.

I traveled to the local Dollar Tree to pick up a good $10 worth of those tiny crappy wrestling rings they usually have with el cheapo jobbers included. For the record, I was taking advantage of all current wrestling events being filmed without audiences. Clearly I have cats and Vince McMahon doesn't. Also my event was streamed on Instagram, completely free like this site. So hey, if you like what I do, please share, it's all I ask.

So I divided my teams up. Universal Monsters, The Worst, WWE, Transformers (Beast Wars and G1), Peanuts, Star Wars, etc. I set up a ranking system based on a very crucial formula (which ever I grabbed first). One of my many tablets served as the titan tron and in the crowd... my fish. I think he was awake. Play that 'click, click, boom' song, it was on. And by on I mean I woke up having to pee another ocean. In my defense, if they sold Surge in normal sized cans at the gas station... I'd still get the tall boy. 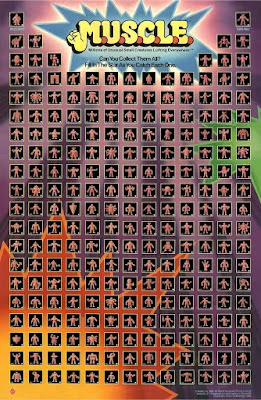