Visual Kei Robots or when I name something for no reason 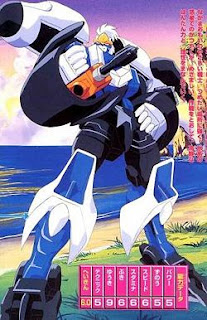 I was thinking today about a specific look in robots and don't think I quite know how to word it. I really like the visuals of beast themed robots when drawn a certain way. Compare Beast Wars Neo to Beast Wars season one. The season one gang is very traditional Transformer in looks and design. Beast Wars Neo designs have a particular flair, look at the picture of Break for example. Homeboy is pretty and he knows it. I'm definitely fond of both looks that I'm poorly describing. It's a style all it's own that I just want to appreciate a little right now. 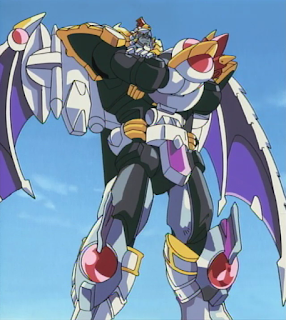 The look isn't cemented in a certain time frame or series either. Look at the Lio Kaiser members in Transformers Victory. These designs are pretty similar to Saint Seiya or Ronin Warriors. Maybe it's a particular look or style that I just don't know the name of. I'm just a fan not an expert. Think I'll just refer to them as visual kei robots. Because they're glam rock. I got my order of Mugenbine candy toys in today and the box art just got my brain going. I'm not a very stylish man, I dress painfully casual. But dude, I can appreciate those fancy pants robots. 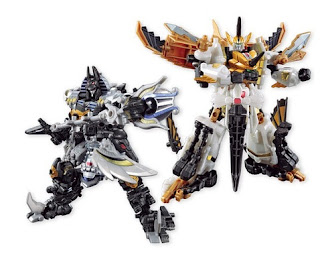