Back on the chain gang


I love Pretenders. Seriously, there's just an extra level of fun by adding those goofy shells. Sometimes it's pretty weird how some concepts are handled in other countries. Takara's use of Pretenders was pretty dammed superior to Hasbro's. Takara didn't take a bunch of time to explain the concept like Hasbro, they gave it a few words and just ran wild with it. Though it doesn't hurt that the gimmick was pretty similar to other henshin heroes type shows and lines. Masterforce was practically an animated Super Sentai series, really. 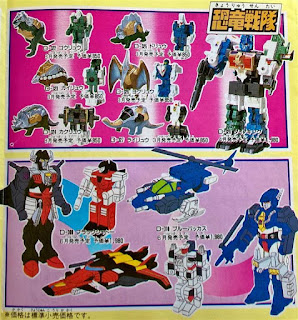