Kazuo Umezu is a Japanese horror and manga writer who comes up with some pretty messed up stuff. So it's only natural that he'd have his own haunted attraction right? That being said, this commercial from 1995 is pretty far out. There's a plethora of haunted attractions during the Halloween season, but one based on the literary works of an author is pretty cool. You know there's that one dude after everyone left the house and went for pizza who swears it was better in the book. You damn well know he didn't read any book. 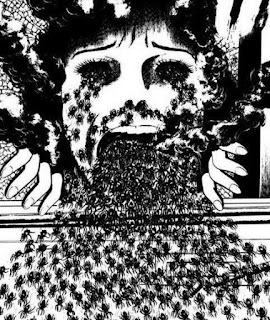