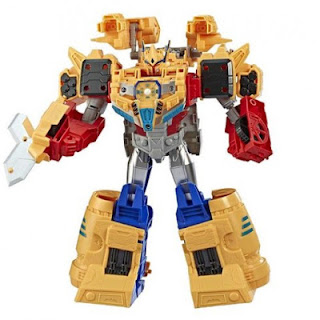 Earlier today (Monday to you) I went out for some errands. Well, one errand, I had to drop off some donations to the Goodwill. I then went to Target for a visit in hopes of new stuff as lately I've been coming up empty handed at my local stores (late summer stock clearing). Boy did I hit the jackpot! They had a bunch of new stuff, most importantly the Micromaster 10 Pack I've been needing so and Cyberverse Spark Armor Cheetor! In fact they had quite bunch of Spark Armor toys and man they got me excited. I've been pretty hyped for Spark Armor stuff as is, but seeing it in person was a real treat. As much as I wanted to take them all home, I just bought my Micromasters and Cheetor promising the others I'd come back for them (and I will). Let me also take a second to say how much more I want Alpha Trion after seeing his toy. I shamelessly want that. So good. 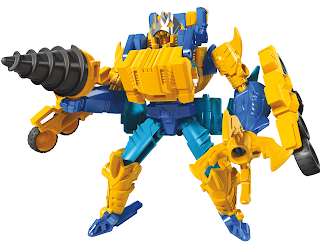 I've been bubbling with Spark Armor excitement all day ever since. It's hard not to like these guys, specially for someone who loves smaller toys and partner gimmicks. It doesn't hurt that thanks to the simplified nature of Cyberverse toys, these guys have that wonderful old school chunky Super Robot vibe running wild. Take a shot. I already liked the Cyberverse cartoon, but knowing the new episodes will follow this line is exciting. I'm hoping for some far out fights with the bots in their awesome Centurion ass armor.

I'm 41, I'm not concerned with being cool. I just want to go to Burger King and fortunately there's Spark Armor themed kid's meal toys currently. They're the standard non-Transforming figurines that kid's meals have had for the past decade, but they're pretty good looking. Hoping I can grab one or two before the promotion vanishes. Though admittedly I'd make some sort of scene ordering 50 kids meals and a Whopper (because I love Whoppers) and have some sort of battle across the restaurants floor before discovering they stuck something from a past kid's meal in the 50th one and OH HELL NAW.
at August 13, 2019
Email ThisBlogThis!Share to TwitterShare to FacebookShare to Pinterest
Labels: burger king, cyberverse, fandom, fast food, kids club meal, kids meal, spark armor, Target, toys, Transformers, Zone Base