Saber Win...ger.. and the.. something something... IN THE SKY 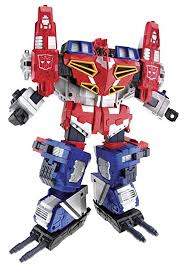 Sometimes I'll like the damnedest things. One such Transformers is Wing Saber from Energon. Wing Saber is a sort of homage to Japanese late G1 robots in design as he absolutely fits in with toys from Victory, Battlestars, or even Brave. This is pretty intentional as his design is meant to invoke Star Saber and Predaking visually. Wing Saber is a super good looking toy, though admittedly a brick by means. His articulation is limited to elbow articulation and if you want to split hairs, his knees swivel. This has given the figure a certain level of stigma through the years as such a old school toy stood out around other figures in Energon. Articulation is a funny thing to me I can either take it or leave it. Sometimes I wish a toy might have more, others I couldn't care less. Wing Saber is in the later category. I think he's great. 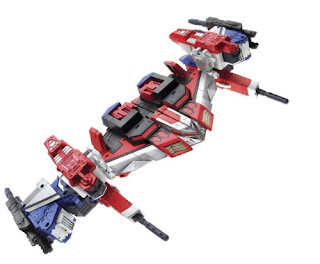 His vehicle mode is some kind of spaceship that kinda looks like a bird. The flying bird has firing missile launchers for shooting fools. If that was all there was to Wing Saber, then this post would be a lot shorter. If you've noticed the seam running down the center of the toy, then you've noticed a key point to it's existence. The figure comes apart in four parts to create not just one, but two different armor modes for the Energon leader class Optimus Prime. 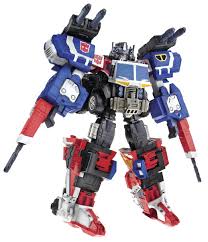 This formation is called cannon mode as it gives Prime some heavy firepower. Perfect for dealing with the waves of Terrorcons, Optimus could now unleash a flurry of lasers and look good while doing it. I always thought this made Optimus look like Powered Convoy. Not exactly, but a little. It's the blue. 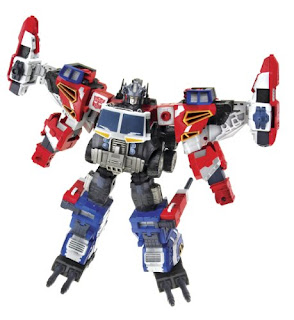 Though if you really wanted to deck out Optimus, in flight mode armor Prime has a set of wings as well as a bulkier look. This is probably my favorite of the two armor modes as it just looks great. The colors mesh well and man the super robot nature of Energon is in full force here. Energon featured a few toys that could combine with this Optimus figure and they all looked great. Though Wing Saber probably worked the best as he's basically God Bomber in so many words. The flight mode is basically God Ginrai... gee, wonder why I like it huh?