Inside the Studio Series 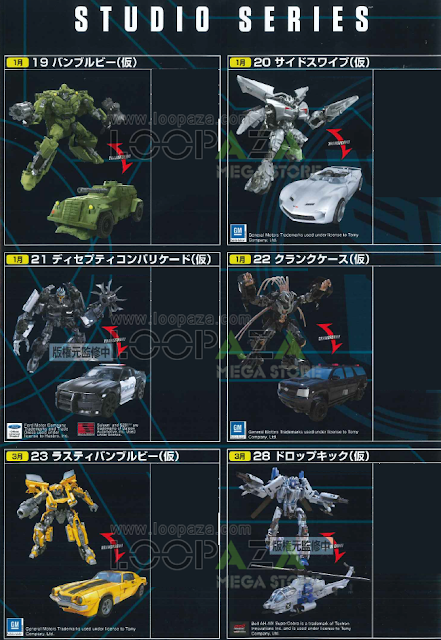 While the news of Sideswipe and WW2 Bumblebee in Studio Series was revealed at NYCC, recent pictures of Takara's releases of them has my mind whirling a bit on Studio Series. There's a few I have yet to get already, and quite a bit I plan to get. I should have jumped on Lockdown when I saw him. I decided to wait a bit and never saw him again. Farts. Sideswipe is a must have though. I absolutely love movie Sideswipe and this is looking to be the defacto version of him. The WW2 BB just looks cool. Definitely getting Dropkick, too good to pass up. I'm very drawn to Barricade. Admittedly I prefer his TF5 incarnation more, but that does look great. Rumor has it there's a Cogman coming and that would be good. I've yet to find one of my own in the wild and another chance would be welcome. Hopefully it's a Titanmaster as well.

I've heard speculation of Cogman and the upcoming Drift to be repacked TF5 toys with a few touch ups. That's fine, TF5 figures were basically a precursor to Studio Series as is. Berserker from TF5 and Studio Series Crankshaft seemingly share engineering. I've yet to get any of the Camaro versions of BB, mainly holding off for the upcoming movie edition with interchangeable parts. I jumped on the VW version at site though. Really dig the movie VW Bumblebee design. Still hope they do a Studio Series version of Evac from the ride. Not only because I'm a big fan of it, but because I think it just makes sense. Good looking bot, not to mention a premium version would just make sense for the Supply Vault. Also... I'd just like to have one.
fandom movie movie studio series movies studio series Transformers Transformers The Ride 3d Zone Base