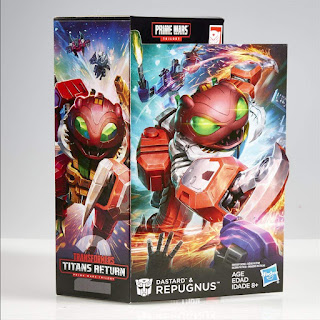 This morning Amazon updated listings for the soon to be released Repugnus and Punch/Counterpunch. Honestly, I had assumed these were vaporware as they were just names on a list without any solid information for so long. I'm also pleasantly pleased as I really want Repugnus and even though I was first pretty meh on the idea of Counterpunch, seeing it makes me really want it. I'm still in the middle ground for Blast Off that seems to be part of the set. I'd like it, but not going to worry to much if I don't (my Bruticus is fine with the CW Blast Off... honestly, I just like the way the brown jet looks). I'm worried these will be another case of going up while I'm working or sleeping and sell out instantly like exclusives before (really hoping other places have them as well, to help out with chances). I also wonder if this will be some sort of Black Friday/Cyber Monday thing. I mean, here we are in July, the holidays will be here a lot sooner than you'd think and this does make for a good holiday grab. I just really want that Repugnus. Like, maybe a little too much. I don't mean to harp on the whole missing out on something because it sells out so fast, but it really is disheartening and has happened more often than I'd like. Which being only human and all... 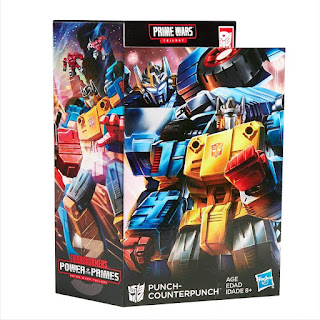