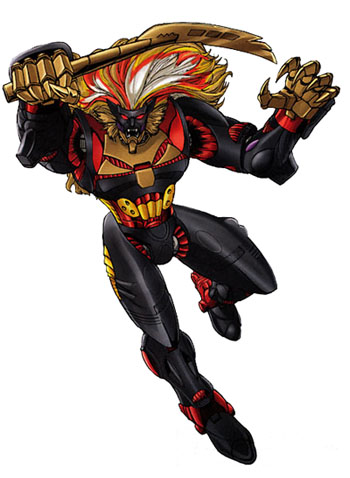 The name Snarl often gets reused on other pretty cool characters. The Beast Machines Snarl character was never on the show, but was featured in the 3H fiction that took place just after the show ended. Snarl's toy got re-released in the Universe toy line with a new deco and he got some much deserved time to shine. At one point the mold was going to represent Alpha Trion, but a toy was never made. It's a great figure, a neat techno organic lion with a pretty solid robot mode. He's not too different from toys of the time, but that's not a bad thing. I really liked him then and wish he got more love in current times.
3H Alpha Trion beast era beast machines BotCon Expanded Universe OTFCC snarl Transformers Universe Zone Base