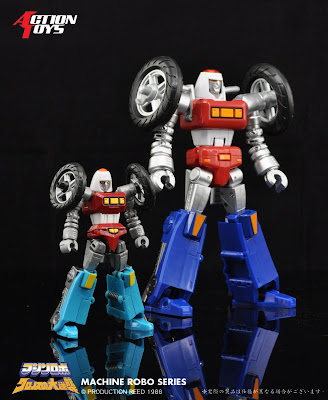 Action Toys just released the larger version of Bike Robo in that above photo and folks are going crazy for it. It comes with an exchangeable face to give him Cy-Kill's cartoon face. Though personally, I really want the smaller version and have been holding out on getting it for some time now. I'm hoping now that the bigger fancier version is out and has everyone's attention the smaller version will reduce in price eventually and I can snap one up. Then I'll probably have to wait for an even nicer version of the big one to come so I can grab the current one at a reduced price.