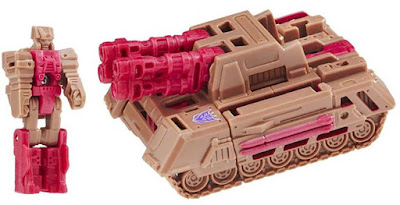 I've not made it a secret that I really love the Titans Return line. The bulk of that love comes from the Titanmasters and how they interact with the larger bots. It's a combination of Micromasters, Headmasters, and Diaclone play patterns that just melts together in a wonderful robot fondue. So while wondering what they could do with Titanmasters if they ever revisit the play pattern and it came to me.

Several Diaclone vehicles would combine to form larger robots in which would have a pilot. I could easily see a Titanmaster, Primemaster, or even a similar new little robot utilize these vehicles to form a combiner that houses it's accompanied drivers as a team. While I can't predict the future, I'd be hard pressed to not see that be a big hit. I mean, it would be glorious. Think of tracking down all those little bots and finally reach the big pay off in this cool giant robot they'd form. Imagine if you could mix and match the little parts. Or what if there was blind bagged wacky color variations?