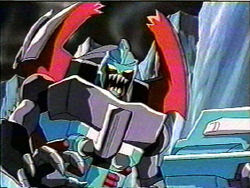 This is Starscream's evolved form, created when he was dropped into the Angolmois energy by Gigastorm. His hatred reacted with the evil Angolmois energy. Now he is even more cruel and savage than before, attacking his opponents colorfully with such weapons as his sharkwinders and Terrorstorm. In fact, he is biding his time for a chance to force Gigastorm from power. 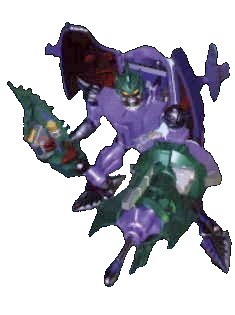