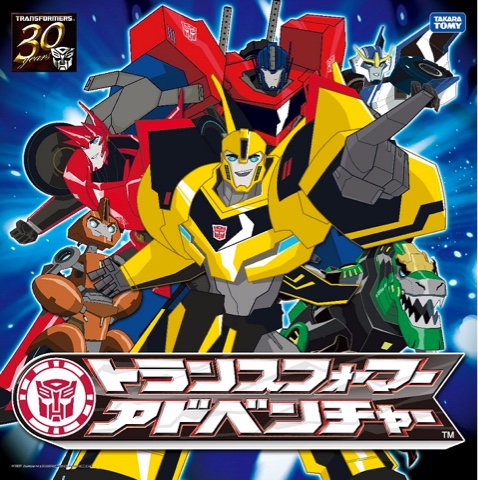 Robots in Disguise season two just wrapped up and with season three coming in fall, I thought I'd take time time to talk about what I'd like to see.

There's probably a chance I'll spoil a thing or two, so consider this your warning.

Mini-Cons have really taken over this show. From just a few to a freaking ton. In season three I'd like to see a bigger storyline with the little guys.

Maybe there can be a Mini-Con big bad guy. Or maybe a big event for the little guys. Wouldn't it be awesome if the new big baddie was a Mini-Con?

Yes it would, duh.

Speaking of new big baddie, all the Decepticons have been taken back home. Some new threat has to take over for Steeljaw. I hope whatever new crew of baddies come, that they still have those creative designs that the last ones had.

Seeing how Optimus left with Wingblade and Ratchet, I'd like to see Jazz make a return. Perhaps even some new characters could visit or even join the group. I'd also love to see adventures in space or on other planets. That'd be fun. Or even a time jump, a little extra sci if never hurt anything.

I'm really looking forward to season three and hope it continues to be as great as the past two seasons have been. This show is a million pounds of great and I'm glad to see it chugging along.
cartoon fandom microns mini-cons Prime robots in disguise Transformers