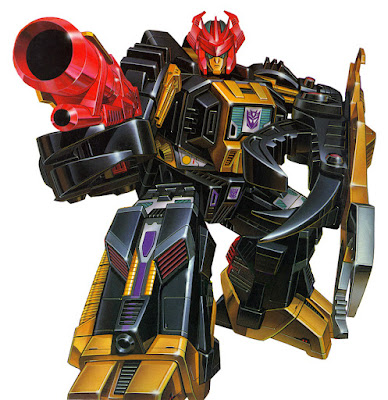 Abilities: The secret weapon of the Destrons possessing the rebuilt body of the former Mega Zarak using ultra-weight metal. His size is smaller than before, but his weight is heavier. Does he hold a black hole within him? Leaving destruction in his wake wherever he goes, he is the ultimate weapon of mass destruction!

Final Attack: "Black Thunder."- He utilizes his super-soul power at maximum strength creating a strain on the surrounding fabric of space, swallowing everything like a black hole.