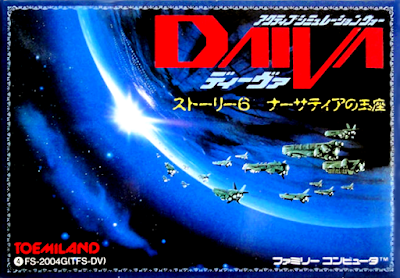 Daiva Story 6: Imperial of Nirsartia was added to the Switch Online NES channel a few weeks ago. It's pretty cool when they add random games like this. It gives me a chance to play them for the first time and experience something new that was released off my radar back in the day.  If you're wondering about the 6 in the title, this is the 6th game out of 7. The only one released to the Famicom as it was a home computer (MSX and others I think) series. To appeal to the younger players that the system would no doubt bring in, the game was simplified a bit from it's PC version. The series isn't an ongoing story, but the same galactic war story told from the perspective of other characters in the various parts.

Game play is pretty fun, but not completely obvious when first starting. Instruction come in handy. You'll need to travel to different locations on a star map and take over them. You'll also need to protect your locations from invaders. Once entering one of these areas the game switches to a side scrolling shooter where you take command of a mobile suit. Progress through the area and defeat the boss to take control the area. At the beginning of this stage, there's a map with three different power ups (health refill, a bomb that kills everything on screen, and missiles to be fired repeatedly from off screen) to be placed where they'd come in handy on the fight. The computer roots of the series is very obvious here as the controls are pure 80's micro computer style. One fire button and push up to jump. That was hard to go back to after all this time.

The jumps can be a challenge as each planet has different gravity. Overall these areas aren't too difficult, but of course they gradually increase as you progress. Also during the star map area of the game, you may encounter other ships. Doing so will put your ship in a turn based battle with them. Daiva Story is pretty fun, but I do wish the game was translated so i could understand the story better. Holding up my phone to use camera translation doesn't always work like a charm and gets old fast. Regardless, it reminds me of those summer nights I'd stay up late playing Star Raiders or StarMaster on my Atari. Good times. 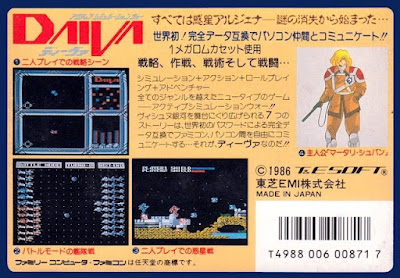