Another time, Another Place 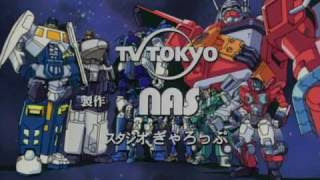 Having almost every show I want to watch availible on in demand is pretty awesome. Things like TokuSHOUTsu and the Transformers Channel on Roku is amazing. YouTube... YouTube is pretty great, I mean, look at all the content I put on this site using YouTube. All this stuff is available pretty much any time of the day and any where (we've all watched Voltron on the toilet). It got me thinking though, just how much we take it for granted and the things I did prior.

I've mentioned before that I worked at Office Max in college. I had rent, a car, and school to pay for while only having McDonald's as work experience. It wasn't easy. Fortunately at 20 you're more willing (and able) to live off ramen noodles. I still was able to enjoy my hobbies, even if it could be pretty limiting due to funds (or lack of). I might not be able to order those Car Robot toys from Japan, but no problem, they're getting released here next year as Robots in Disguise. Gonna prop up with my laptop real late at night when traffic is pretty light on dial up internet and download pirated episodes in Real Media format.

The video quality is horrible, but hey, I can actually watch it. I'd often make VCD's from them and buy other VCD's online. They usually were pretty cheap, even though the quality was iffy and sometimes there would be a wrong show stuck in randomly. Usually The Tick or TMNT. I also had bootleg tapes thanks to a roommates arrangement with a nearby comic/anime/gaming store. They rented out bootleg and legal gray area sub-titled imports. My roommate had a part time job there and he was allowed to make copies of shows for us as part of the deal. I'd hit up the thrift store and find some G1 and G2 bots. Missing the gun, yeah, but it's a buck. Big Lots has some cool bootlegs. Animorphs are on clearance. I had my fun.

That Office Max I spoke of, well, it was a terrible store. Badly ran and unwisely opened up next to a Walmart. However, it had a copy center. There was a Staples and an Office Depot in the shopping center across from the highway. However mine had that Walmart, Target, Belk, Home Depot, and many other popular stores a person would go to on the weekend. They'd often pop in our crappy store to make copies so they wouldn't need to leave our shopping center. This meant that despite working in the electronics section, I also helped in that copy center. What's a shit head kid with disks full of images going to do with unlimited printing resources?

Every poster on my wall, every flier for an event, even home work was printed right there in that copy center. If I ever would have made any of those zines I wanted to make (which this site is the ultimate culmination of), I probably would have made them there. In hindsight, I probably should have helped other zine producers out.

One poster I had made for myself somehow survived all this time. It was a promotional image for the Beast Wars 2 movie. One side had Lio Convoy and Optimas Primal, the other side was Galvatron and Megatron. I thought it was awesome. I blew up the image and printed out a poster of it. That poster was stuck on every refrigerator I had for years. Every apartment, there it was. Eventually it did get retired. I still have it though, in a box. Folded up and sorta acting as a liner. It's a little dingy from the years and has that old paper smell. Like it came from a library, not something I made with a floppy disk and a color copier in the 90's. Guess that was over 20 years ago.