When Machines have a War 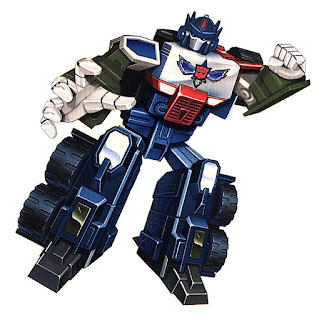 With this weekend being a holiday weekend, I'll be honest, I'm a little checked out mentally. I could use the break. That being said, let's talk about Machine Wars! For those not well acquainted with Machine Wars, shortly after Beast Wars started, MW was launched as a Kay-Bee exclusive (toys were reportedly seen at some Myers stores) Transformers line. It was pretty small and made up of unreleased G2 molds and late G1-early G2 European toy molds.

The cast of characters was mostly the classic crew and the line was basically an experiment to see if vehicular based Transformers would sell well again. While I loved G2, it didn't sell as well as G1 and Beast Wars pretty much brought Transformers back to it's former glory. Unfortunately Machine Wars didn't really take off and it wasn't until the Vehicons of Beast Machines that vehicular Transformers returned to store shelves (aside from the vehicle bots in Takara's Beast Wars series) with RID bringing vehicles back in force.

That being said, the line has no fiction what so ever. The tech specs pretty much painted the toys as the characters returning without much detail to give you a sense of why they all looked different. Megatron's bio vaguely hinted at him being a jet again after the canceled G2 ATB toy. Thundercracker's hinted at a little character progression, but that was it.

Most fans (myself included) considered them a continuation of G2 as Beast Wars was basically G3 when it first launched before the story line got changed into the one we all know now. You know, I've always wanted to see that idea continued. Maybe I'll look at it some more the next holiday weekend. The closest to actual fiction Machine Wars ever got was tied into the BotCon 2013 exclusive set which had a Machine Wars theme. In it's included comic, the new Machine Wars Transformers followed on from the prior G2 themed set's story line. Which in itself was their take on how G2 would have taken place within the classic cartoon fiction. In all honesty, it wasn't bad.

The above art is a restoration of Optimus Prime's box art from Machine Wars that I found on Google Images. If you or someone you know is responsible for said restoration, I'd be happy to credit you. Please leave me the info in the comments section below.