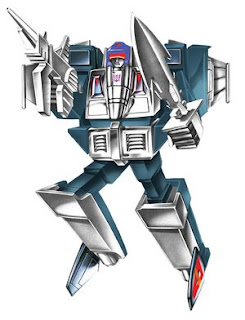 In the distant past, "military hardware" robots were furnished and traded to numerous planetary nations and interstellar organizations as tools of the Quintessons' malevolent business dealings. These autonomous weapons would become the prototypes of the Decepticons. The newest model of this line, the Overcharges, were produced as all purpose combat units, ones incorporated with the Decepticons' distinctively evolved military technology and more than sufficiently endowed with the offensive strength necessary for global domination.