I bought Airazor sometime last spring. That's the thing with my backlog, it's pretty fucking big. Though select items from it will make for fun posts here! Released in Kingdom, Airazor is making a return appearance from her time in Beast Wars and a brief appearance in Armada. This new toy is based on her original toy which honestly benefits from the update. Airazor looks like she stepped right off the TV screen.

As soon that description stops being applicable, I'll stop using it.

Airazor is a pretty good toy. She has a lot of articulation in both modes. I'm honestly impressed by all the ways her wings can move. Transformation into a falcon is pretty smooth even though I had a little trouble getting things to tab in correctly. That was probably on me. In beast mode she looks great, though admittedly there's a bit of robot mode kibble underneath that really has nowhere to go. That's a pretty common thing in Transformers that turn into birds and jets. I'm not apologizing for it, just accepting it. Like I said earlier, her wings can move in all sorts of poses making for a pretty neat toy falcon. I regret taking so long to open her up now that I've finally gotten around to the mountain of unopened toys. I thought her old Transmetal toy would be hard to beat. I still prefer it, but this is a nicer figure thanks to modern engineering. 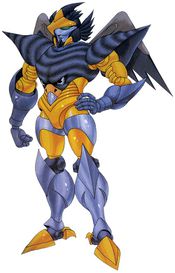