Blobkin Glows in the Dark... and in my Heart 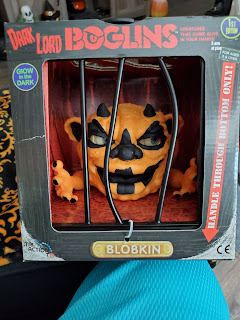 My brand new Boglin came in today! The Mrs. had pre-ordered this guy for me way earlier in the year and I've been waiting anxiously ever since. I haven't made my admiration for Boglins a secret around this place and actually holding Blobkin in my hands feels like a trophy after the past few months. If he looks familiar, Blobkin is one of the original gang with a new toy. Originally one of the Halloween Boglins, Blobkin came with a trick or treat bag! That's a pretty rad extra, now the Halloween series is called Dark Lord Boglins and includes new member Crazy Clown. They're slowly showing up at standard retail and I hope to get some more. I really wish they'd revisit the Mini Bloglins keshi from back in the day. Dang, if only they'd bring those back! 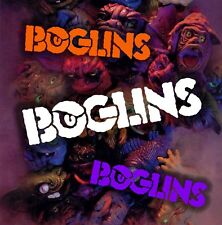