Despite it's limitations, I was a pretty big fan of the Virtual Boy. It was the first time I bought a system at launch. Often rushing home after school to get some game time in before flipping burgers at McDonald's. I accepted the systems limitations going in, so they didn't bother me at all. It's something of a skill I've always possessed. You never see me complaining that the coffee is hot. It wasn't a virtual reality experience at all, but I really loved the 3D game worlds.

Red Alarm was a space shooter game that was clearly inspired by Star Fox, but with wire frame graphics similar to Atari Star Wars. Once you got used to it, it could be quite immersive. With the Virtual Boy's unique controller and ability to generate 3D worlds inside that visor, setting the automatic break was a good idea. I could loose myself for hours flying around and shooting bad guys. That red on black display was pretty hard on the eyes, so definitely needed to look away every so often. I wonder if that's why the kid in the commercial gets beheaded? 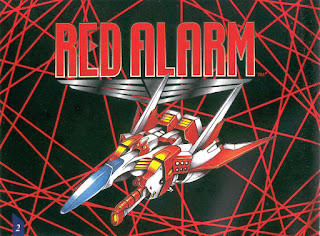