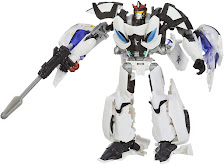 Tales of the Beast Hunters - Chapter 24

The moment Megatron fires the first blast, Prowl has his tactical subroutines run an analysis, but it's not until he sees the Predacons surging into the sky to attack the Decepticon leader that he really understands what's happening. Even Megatron fears the consequences should Predaking learn that the other beasts are still alive. So he's taking the most direct route, hoping to destroy the Predacons before their existence ever becomes a problem. Bumblebee converts to robot mode and moves to charge towards the action, but Prowl stops him. Why commit themselves to a battle when they can sit back and watch Megatron and the Predacons tear each other apart?