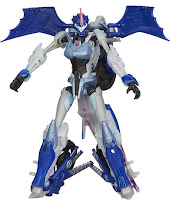 Tales of the Beast Hunters - Chapter 19

Arcee has been watching the pattern of attacks on her fellow Autobots with great interest. They are savage and devastating, yes, but they are also random. What's more, the Decepticons have been no where to be seen. Her tactical processors tell her that the Decepticon forces are in chaos - and just as concerned about the Predacon threat as the Autobots are. That's why, when she finds herself tracking Ripclaw to a hidden cave deep in the Canadian Rockies, she transmits the location directly to the Decepticons. Why should the Autobots risk themselves against the Predacons when the Decepticons are probably more than willing to do it for them!